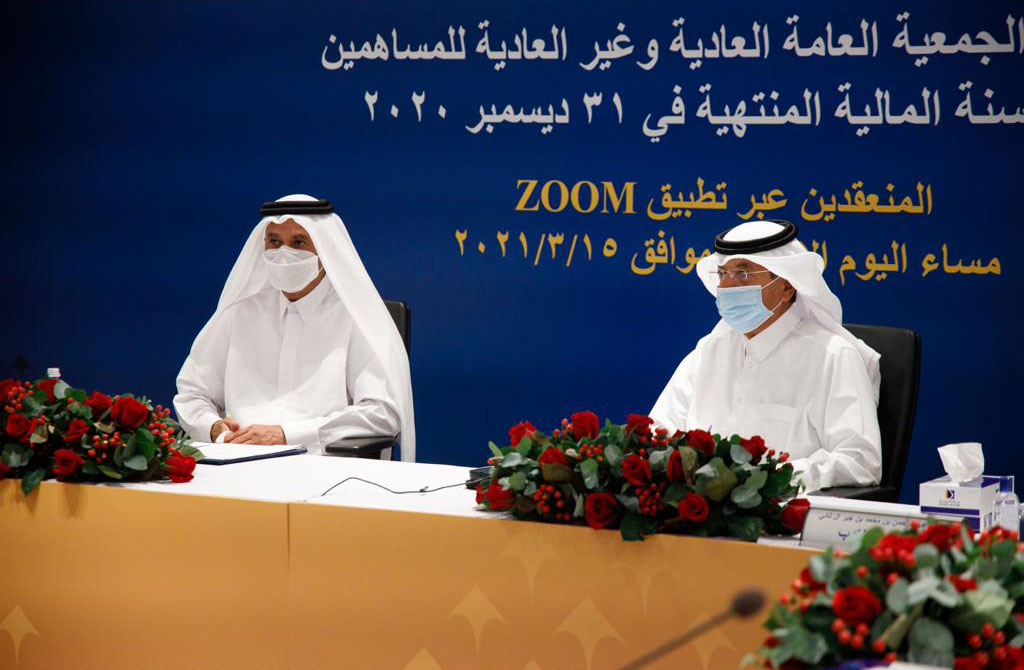 The Resolutions of the General Assembly Meeting of the Shareholders

H.E. Sheikh Fahad Bin Mohammad Bin Jabor Al-Thani, Chairman of Doha Bank, announced that the Ordinary General Assembly of the Shareholders in its meeting held on 15th March 2021 endorsed the Board of Directors’ corporate Governance report for year 2020, balance sheet and profit & loss account for the financial year ended on 31/12/2020. It also endorsed the Board’s recommendation to distribute cash dividends to the shareholders by QR (0.075) per share. During the same meeting, H.E. the Chairman and Board members were discharged from the responsibility for the year 2020 and agreed to pay remunerations for board members for this year. He also stated that the AGM has appointed KPMG to audit Doha Bank’s accounts for the year 2021.

H.E. Sheikh Fahad also said that the Ordinary General Assembly of shareholders approved the extension of the period for issuance of bonds under the bank’s EMTN program that was previously approved in AGM dated 07/03/2018 with the same components and parameters as follows:

During the EGM, H.E The Chairman announced that the Shareholders have unanimously approved the proposed amendments to articles (3) and (14) of the Articles of Association of the Company and authorized The Chairman and/or the Vice Chairman and/or the Managing Director to indiviually sign the amended Articles of Association and complete the procedures for obtaining the necessary approvals from the competent authorities, and ratifying the authorization.

H.E. Sheikh Fahad Bin Mohammad Bin Jabor Al-Thani extended his sincere thanks and gratitude to the Board members and to the shareholders, representatives of the supervisory authorities in the State of Qatar and the auditors for attending these meetings and wished them all the success and prosperity.