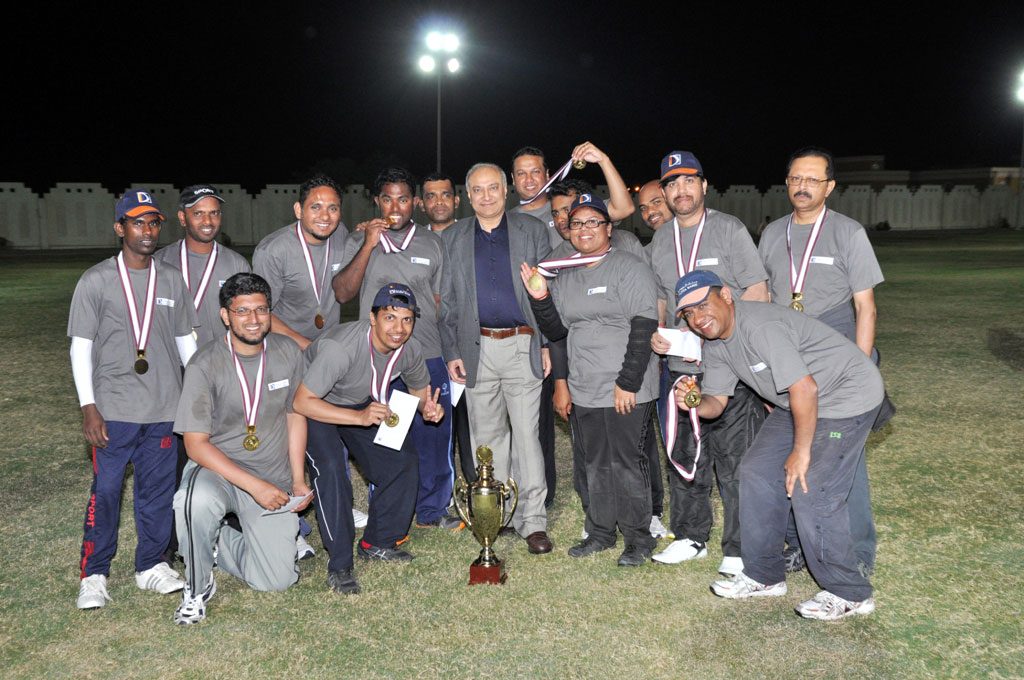 The tournament had 7 knockout league matches with the winners of each match and the next best finisher advancing to the quarter finals, from where the winners advanced to the semi-finals and tournament finals which Team Operations won by 9 Wickets.

The tournament was a mixed event with both men and women participating and demonstrating their skills. Some of the individual achievements during the tournament included Team Operations’ Langesh who was named player of the tournament for consistent performances leading up to and during the final.

The tournament featured many senior Bank staff that both participated as well as supported their teams from the sidelines. Doha Bank Head of Retail Banking, Mr. Suresh Bajpai presented the winning team with their trophy and also congratulated all the teams for their efforts and sporting spirit.