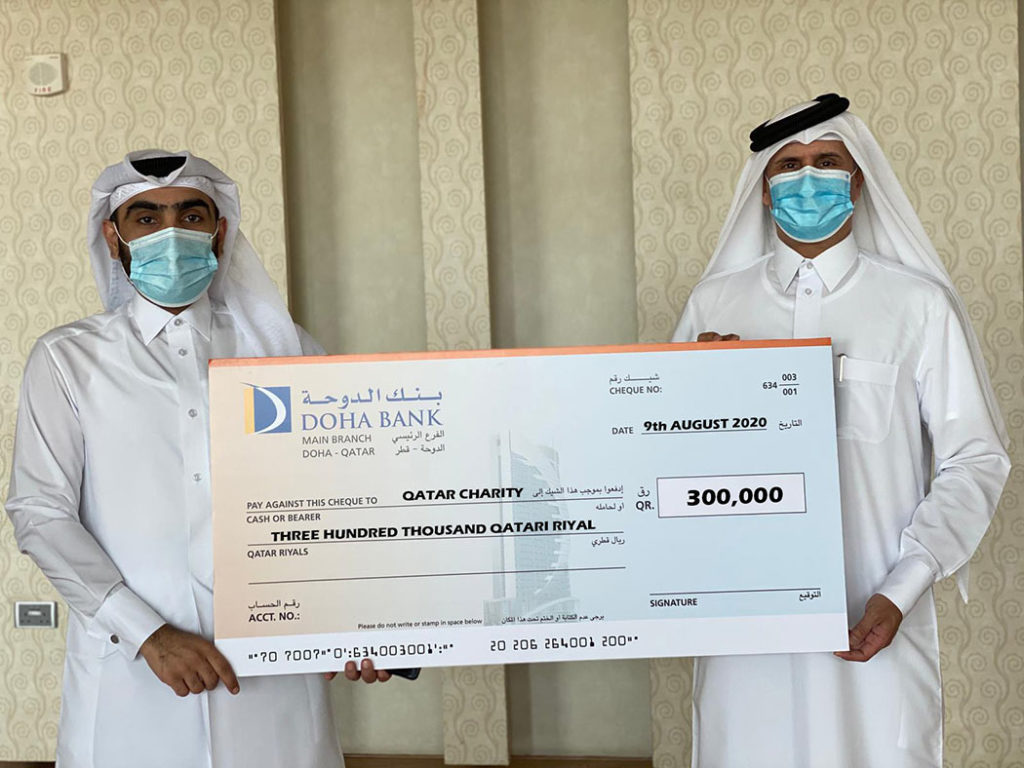 Doha Bank, one of the largest private commercial banks in Qatar, recently contributed QAR 300,000 in donations to the “Lebanon in Our Hearts” fundraising campaign organised by the Regulatory Authority for Charitable Activities (RACA) in cooperation with Qatar Charity (QC) and the Qatar Red Crescent Society (QRCS) in support of the Lebanese people, following the huge explosion that struck the port of Beirut. Doha Bank initiative is also aligned with the State of Qatar’s supportive position towards the aggrieved Lebanese people and in line with the Bank’s efforts in the field of Corporate Social Responsibility (CSR).

Representing Doha Bank, Mr. Braik Ali Al Marri, Chief Retail Banking Officer, delivered the donation, in a step to support the “Lebanon in Our Hearts” drive relief efforts for the afflicted Lebanese nation in order to provide it with the different basic needs as well as to reconstruct the city of Beirut and help it pass the harmful consequences of the tragic disaster.

Commenting on Doha Bank’s initiative, Al Marri said: “Doha Bank extends its sincere and heartfelt condolences for the Lebanese people on the disaster that struck them.”

He added: “Our contribution of QAR 300,000 to the “Lebanon in Our Hearts” fundraising campaign is definitely channeled towards assissting the afflicted victims of that tragic incident and equipping them with all the necessary needs from food items to medical supplies and clothes in a bid to compensate them for their losses.”

It is worth noting that Doha Bank is fully committed to endosring charity projects and efforts launched by the different charity institutions in order to aid the less fortunate and the needy in line with its CSR aims.