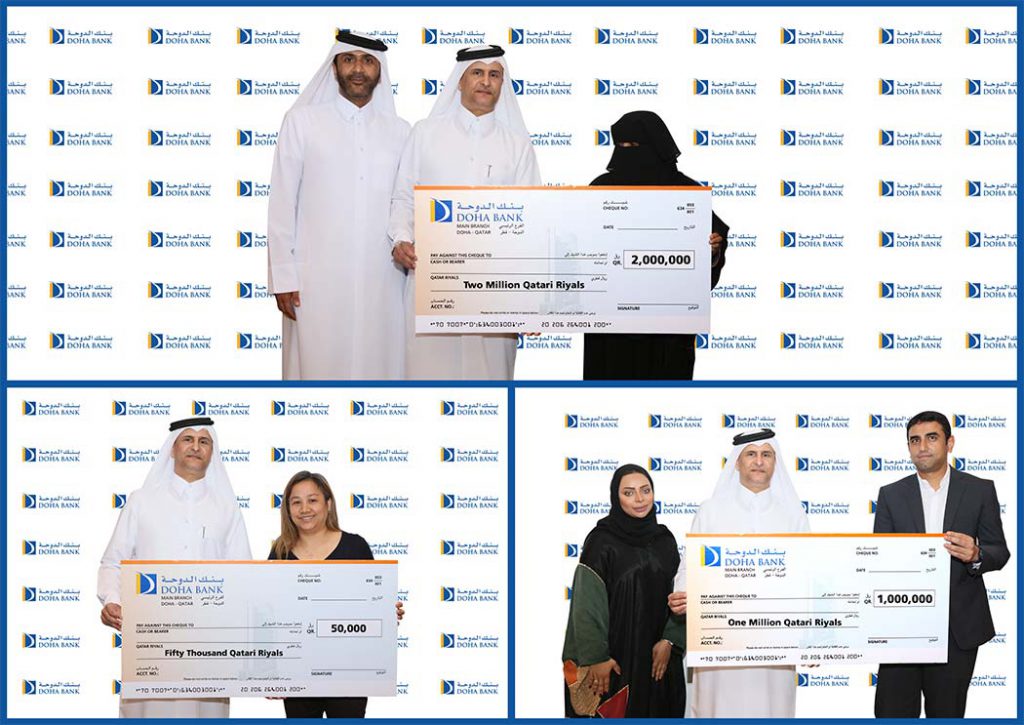 Doha Bank, one of the largest private commercial banks in Qatar, has recently announced the names of the winners of the 12th Draw of Al Dana Savings Scheme 2019, which was held during Al Dana Green Run event on February 15th. During the draw as many as 65 lucky winners claimed a wide range of special prizes including the year-end mega prizes of QAR 2 Million and QAR 1 Million, respectively.

Ms. M. A. Al Suwaidi was the winner of the cash prize of QAR 2 Million at the end-of-year draw, while Mr. S. T. Qureshi grabbed the QAR 1 Million dedicated for Al Riyada & Private Banking draw. As for the Al Dana Family Savings Draw which is exclusive for Qatari citizens, Mr. M. A. S. S. Al Emadi won a family staycation at the Banana Island Resort Doha by Anantara. Moreover, Ms. J. P. Pua took home the monthly cash prize of QAR 50,000, and 7 clients won QAR 10,000 each at the quarterly draws of various Al Dana accounts. In addition, 54 Doha Bank customers bagged 5,000 in cash prize each.

Commenting on the occasion Mr. Braik Al-Marri, Chief Retail Banking Officer, said: “We successfully concluded the draws of the 2019 Al Dana Savings Scheme with 65 lucky winners. Another Al Dana Savings Campaign proves effective in consolidating the concept of financial saving into the Qatari society and encouraging people to multiply their savings in no time. This year, Doha Bank has awarded over 500 of its loyal clients with exciting cash awards and luxurious staycations at the Banana Island Resort, and we eagerly look forward to award many more of our loyal customers. Having concluded 16 successful years we can look back with pride at what we have accomplished and look ahead for a very exciting year featuring more than 450 winners with the biggest individual prize exceeding QAR 2 Million in the 17th Al Dana scheme for 2020.”

It’s worth noting that account holders can easily qualify for winning if they maintain a minimum balance of QAR 5,000 in any eligible accounts in Al Dana Savings Scheme.