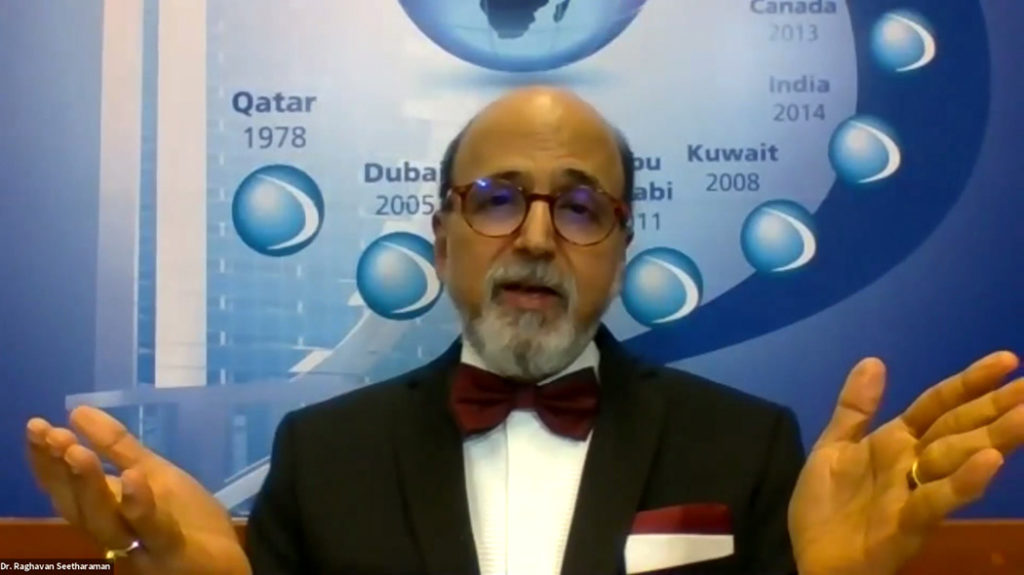 Youth will Act as a Pillar for Sustainable Value Creation

FICCI – Tamil Nadu State Council with support of SRM Institute of Science and Technology hosted online conference on 19th December 2020, the agenda for discussion was “Celebrating Youth Mission and Values”. The conference was attended by Doha Bank CEO – Dr. R. Seetharaman, professors from the institute and college students.

Dr. R. Seetharaman said that “Today, there are 1.2 billion young people aged 15 to 24 years, accounting for 16 per cent of the global population. The active engagement of youth in sustainable development efforts is central to achieving sustainable, inclusive and stable societies by the target date, and to averting the worst threats and challenges to sustainable development, including the impacts of climate change, unemployment, poverty, gender inequality, conflict, and migration. Young people are the innovators, creators, builders and leaders of the future. But they can transform the future only if they have skills, health, decision-making, and real choices in life. Today’s record 1.2 billion young people present an enormous opportunity to transform the future”. The potential economic gains would be realized through a ‘demographic dividend’, which can occur when a county’s working age population is larger than the population that is dependent. In order to maximize the dividend, countries must ensure their young working-age populations are equipped to seize opportunities for jobs and other income-earning possibilities, the UN agency said.

In an independent study in 2012, the International Labor Organization revealed the following demographics: India has the largest population of youth in the entire world with 66 per cent of the total population in the country is below the age of 35. Nearly 40 per cent of the Indian population is aged 13 to 35 years. The median age in India in 2010 was just 25.2 years, compared to 34.5 years in China. With 356 million people between the age of 10-24 years, India has the world’s largest youth population despite having a smaller population than China.

Dr. R. Seetharaman said, Youth empowerment is an attitudinal, structural, and cultural process whereby young people gain the ability, authority, and agency to make decisions and implement change in their own lives and the lives of other people, including youth and adults. The youth today feels an urge to speak up, to stand by its self and its beliefs and ideals. The youth today believe in the Freedom of Speech and Expression. they are making the world know that they are against injustice, inhumanity, social problems, racism, inequality, differentiation in religions, political issues, any many other things. The youth keep in mind that they are the future; this country and world will be passed onto them. But they don’t want it in this present sick state; they want to work from now to make the world a better place tomorrow. They are aggressive yet just, strong but cater to the needs and wants of others, youth of today but leaders of tomorrow. Young people in India are growing up in a time of rapid societal change, yet the social support systems needed to help them thrive in the future are not keeping pace and adapting to these changes. Indian youth are educated in a system largely focused on exams and rote learning, a system that doesn’t develop the creative capacities and social and emotional skills needed to thrive in the 21st century. Furthermore, little, if any, attention is paid to preparing teachers, youth workers, counselors, teaching artists or youth organizations to provide youth with support in making positive life choices, expressing themselves, committing to their own learning, and becoming leaders in their families and communities.