Fitch has affirmed Doha Bank’s Issuer Credit Rating at A, Doha Bank has said in a release.

DB’s IDRs, Support Rating (SR) and Support Rating Floor (SRF) reflect Fitch’s expectation of an extremely high probability of support from the Qatari authorities for domestic banks in case of need. This reflects Qatar’s strong ability to support its banks, as indicated by its rating (AA-/Negative), combined with Fitch’s belief that there would be a strong willingness to do so. The latter is based on a strong track record of sovereign support to the banking sector including i) between 2009 and 1Q11 when some banks received capital injections to enhance their capital buffers and the government purchased some problem assets from the banks and ii) during 2H17 when the Qatari authorities placed significant deposits across the banks to support sector liquidity following the start of the blockade between Qatar and some of its neighbors. The government owns stakes in all Qatari banks. 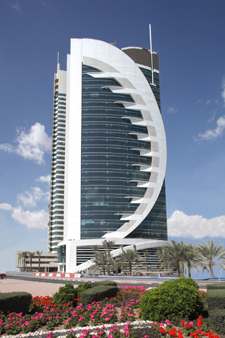 According to Fitch, DB’s ‘bb+’ VR continues to benefit from an established domestic franchise in Qatar, where it is the fifth-largest bank with market shares of about 6%-7% in loans and deposits at end-2017.