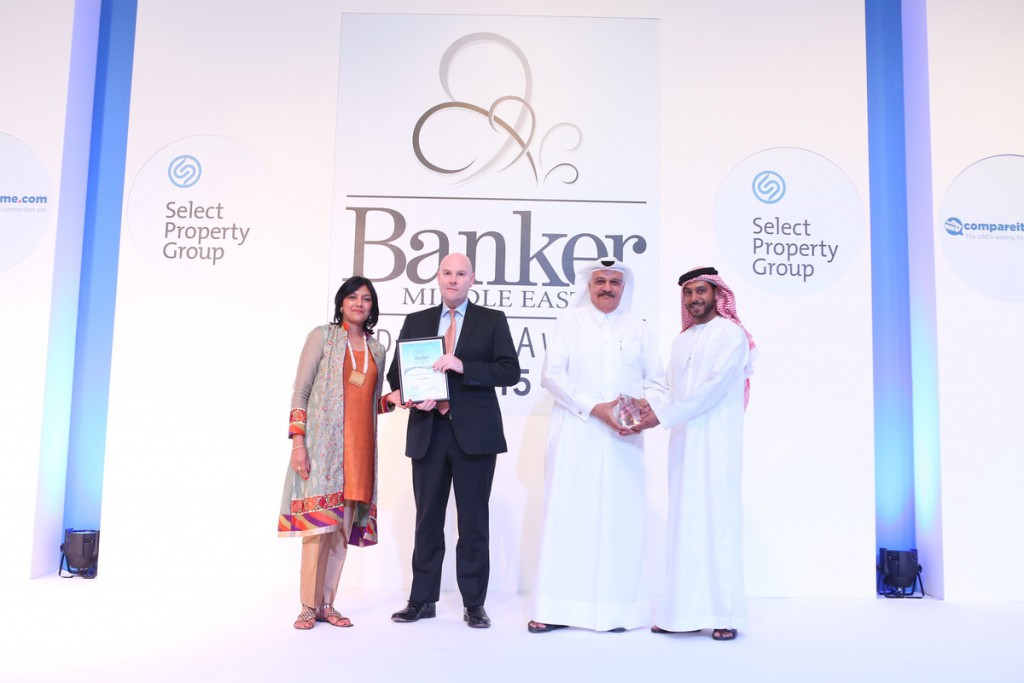 Doha Bank has been named – for the third year in a row – the “Best Regional Commercial Bank” at The Banker Middle East Industry Awards, considered the most important recognition of financial excellence in the Middle East.

The Banker Middle East Industry Awards 2015 were presented at a glittering ceremony held on 27th May 2015 at the Jumeirah Emirates Towers Hotel in Dubai, which was attended by leading names from across the region’s banking and financial services industry. Dr. R. Seetharaman, CEO of Doha Bank received the award on behalf of Doha Bank.

“To be crowned the foremost commercial bank in the Middle East for a third straight year is a firm acknowledgement of the effectiveness of Doha Bank’s business strategy and the value we bring every day to our customers throughout Qatar, the GCC and beyond,” said Dr. R. Seetharaman, Group CEO of Doha Bank. “What makes this award special is the unique evaluation criteria employed by The Banker Middle East Industry Awards, which takes into consideration innovation, customer service and sustainable financial performance of nominated institutions. The award is a reflection of Doha Bank’s leadership on sustainable growth.”

“This award will further fuel our determination to meet our customers’ financial needs more effectively and provide them with unmatched, continuously improving levels of service,” he added.

The award is the latest in a string of prestigious regional and international accolades received by Doha Bank over the past year. The Bank was named the “Best Commercial Bank in the Middle East” at the Global Banking & Finance Review Awards 2014, and “Best Domestic Retail Bank in Qatar” and “Best Domestic Trade Finance Bank in Qatar” at the Asian Banking and Finance Awards 2014 held in Singapore. Doha Bank also won the “Beyond Success Award” at The Bizz 2014, considered one of the world’s most prestigious business awards.