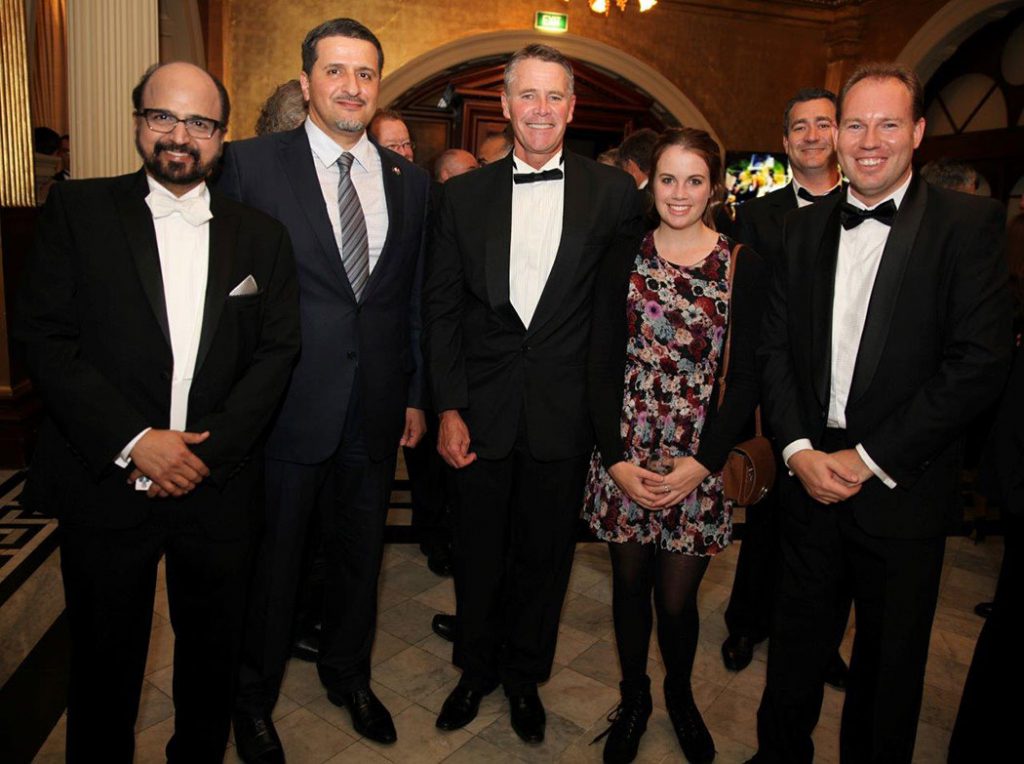 Doha Bank has announced the opening of its Australia Representative office on 3rd April 2013. Doha Bank had an inauguration Ceremony at the representative office and also hosted a reception at Treasury Room, InterContinental Hotel, Sydney on the same day. The event was attended by H.E. Mr Yousef Ali Al-Khater, the Ambassador for the State of Qatar to Australia, as well the Hon. Mr Andrew Stoner, NSW Deputy Premier and Minister for Trade and Investment, Regional Infrastructure and Services.

Speaking at the inaugural reception Dr. R. Seetharaman, CEO of Doha Bank gave insights on Global economy. He said “IMF’s World Economic Outlook update, Jan 2013 forecasted that the global economy would grow in 2013 by 3.5 per cent. New issues emerge in European zone such as the Cyprus Bailout and political gridlock in Italy remains. The risk of prolonged stagnation in the euro area would rise if new issues emerge and the momentum for reform is not maintained. For emerging market and developing economies, the need to rebuild policy room for maneuver.”

Dr R. Seetharaman gave his insights on Qatar and Australian economy. He said “The real GDP growth in Qatar in 2013 is expected to slow to 4.8%.The non-hydrocarbon sector is expected pick up in the coming years as diversification has begun in Qatar. By the end of 2013, service activity is expected to contribute more than 60% of the total growth in Qatar’s economy. The Australian economy is expected to grow between 2-3% in 2013. During 2012, there was a significant easing in monetary policy in Australia. In Australia the long boom in mining investment was fuelling an expansion in resource exports. The investment is likely to peak later this year; the export pickup has some years to run yet. Australia has low public debt, low unemployment, strong public finances, lower interest rates and strong investment pipeline.” 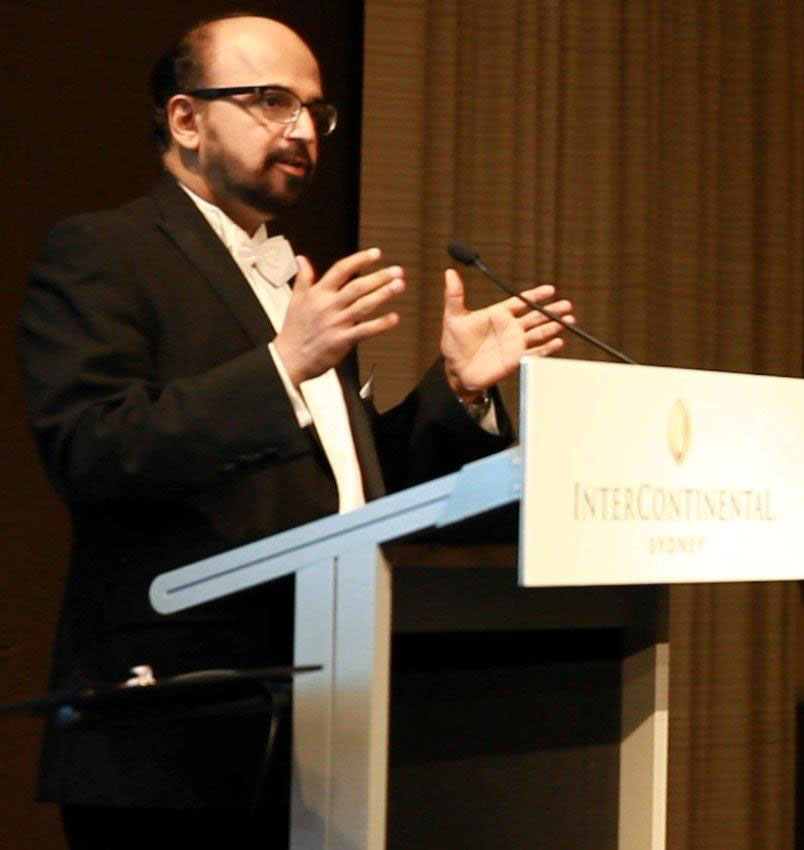 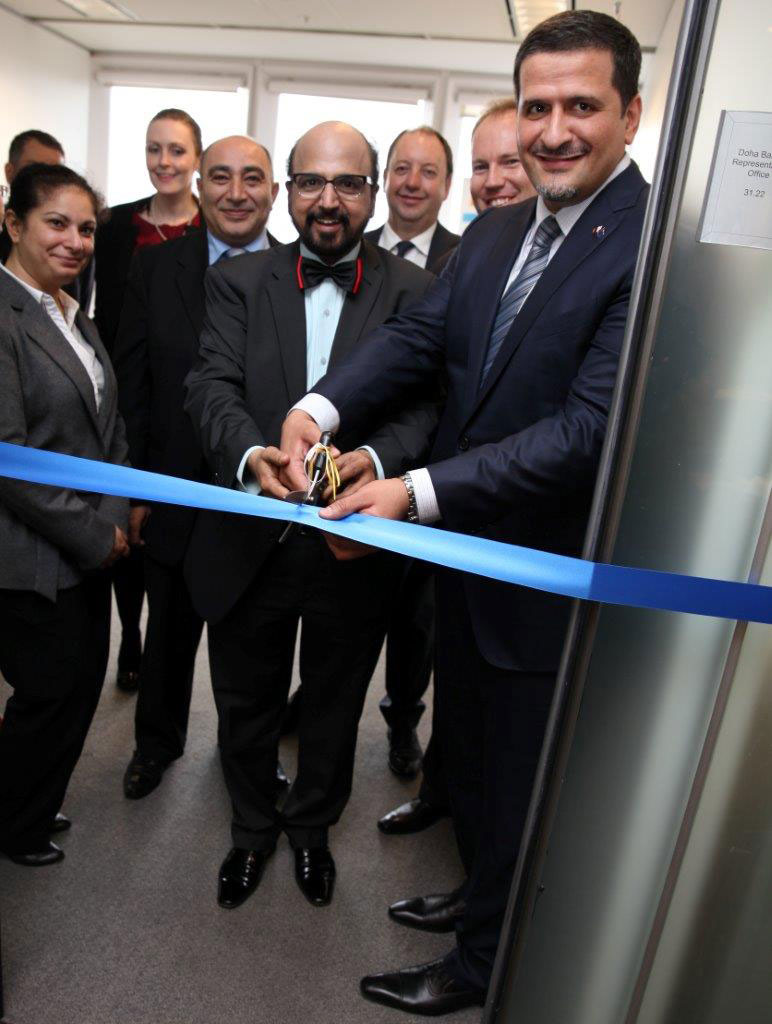 Dr. R. Seetharaman highlighted the bilateral developments between GCC and Australia. He said “The bilateral trade between GCC and Australia has increased from AUD 8.6 B in 2009-2010 to AUD11B in 2011-2012. The GCC is a key market for agricultural exports such a livestock, meat, dairy products, vegetables, sugar, wheat and other grains. There are further opportunities in agriculture, mineral commodities, and services. Free trade agreement between the GCC countries and Australia is still under negotiation. Australia’s trade with Saudi Arabia has risen to 2.15 billion Australian dollars in 2011-12. Major Australian imports from Saudi Arabia in 2011-2012 included fertilizers and crude oil. Western Australia plays a key role is the key supplier of alumina to UAE’s smelter complex. Western Australia Urges UAE to invest in Food Supply Chain.”

Dr. R. Seetharaman highlighted the bilateral developments between Qatar and Australia. He said “Qatar bilateral with Australia has increased from AUD 754 M in 2009-10 to AUD 1B in 2011-12. Qatar remains the second largest exporter to Australia after U.A.E in GCC in last 2 years. The major Australian export to Qatar was livestocks. There are growing relationships between both countries in aviation, education, trade and defence. Australian company Leighton was instrumental in constructing the equestrian complex in Qatar. In March 2013 the Qatar International Centre for Reconciliation and Arbitration (QICRA) and the Australian Centre for International Commercial Arbitration (ACICA) signed a co-operation agreement in Doha to support the movement of trade and investment between Qatar and Australia. In 2012 Hassad Australia, a subsidiary of Hassad Foods, a company owned by the Qatar government, had bought 40,000 hectares of land in western Victoria. Raby Station at Warren was bought by Qatar Investment Authority’s Hassad Food in 2010.”