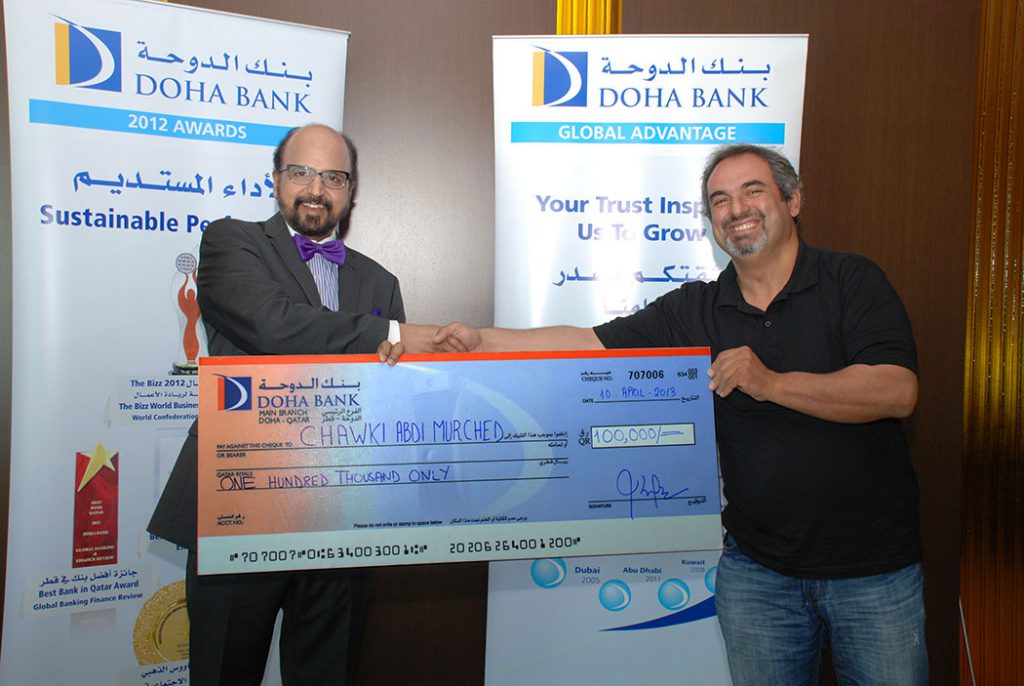 27 winners in total were awarded during the first draw of the year, including one winner from Kuwait.

C. A. Murched who holds an account at Doha Bank’s Industrial Area branch was the biggest winner of the monthly draw in Qatar with a QR 100,000 prize. Another 20 winners received QR 10,000 each, while 5 Al Dana Young Savers won the latest iPad device in the lucky draw.

In total, over QR 300,000 was awarded to Al Dana customers in Qatar alone, with an additional QR 50,000 distributed to customers from the Bank’s international branches.

Dr. R. Seetharaman, Doha Bank Group CEO, said: “2013 will be another landmark year for Al Dana customers with even greater rewards to commemorate the 10th anniversary of the Al Dana Savings Programe. In keeping within the theme, Doha Bank will award 10 million Qatari riyals, 10 luxury cars, and 10 vacation packages to winners of its lucky draws during 2013. On behalf of Doha Bank, I would like to congratulate all the winners and encourage people from all over Qatar to save with Al Dana to capitalise on the monthly and quarterly opportunities to enhance their financial foundations.”

Mr. Suresh Bajpai, Head of Retail Banking, Doha Bank, adds: “Al Dana is more than a savings programme. It is designed to reward customers with life changing new opportunities and the more they save, the better their chances of winning some of these amazing prizes.”

Monthly draws will be held to distribute QR 10,000 to 20 lucky customers maintaining at least QR1, 000 in their Al Dana savings programme, whilst Al Dana Young Savers will also have the chance to win iPads in monthly draws.

Al Dana draws in 2013 will award 325 monthly and quarterly winners in total, with prizes ranging from QR10, 000 to QR 1 million as well as valuable prizes in kind.

In 2013, Doha Bank added a new feature to the campaign to commemorate Al Dana’s 10th Anniversary by giving away 10 Mercedes E-300 cars in monthly draws held for customers who have registered for the Al Dana programme for 2013. The Mercedes-Benz E300 saloons are the top vehicle in their category, replete with the finest luxury trim and specifications.

The Bank is this year also giving away 10 vacation packages worth an equivalent of QR 25,000 to lucky winners in draws being held throughout the year. The 10 vacation packages awarded to Doha Bank’s Al Dana customers will include hotels stays and airline tickets to a range of key destinations. The winners will be able to choose destinations and travel times to coincide with their personal schedules and can travel at any time of the year.

For more information or to open a new Al Dana Account with Doha Bank, visit www.dohabank.com.qa or call 44456000. The full list of winners is available on the Bank’s website.