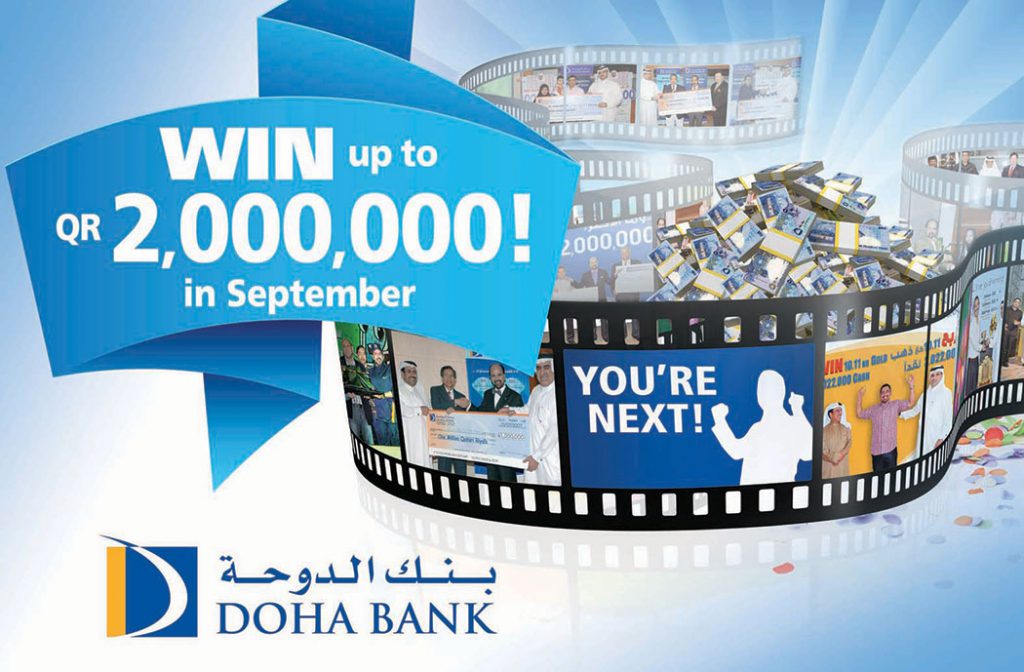 It might be 8 months since the launch of Al Dana 2012, but it isn’t over because some things in life are just worth waiting for. INVEST NOW to get the chance to win the biggest cash prizes of the season that will delight your opulent appetite for winning just at the time, with an assortment of 4 prizes in September.

Now all eyes in Qatar are on the September prizes worth 2 MILLION Qatari Riyals. With QR 1,000,000 , QR 500,000 and QR 250,000 to be disbursed each to one lucky winner, you surely have great chances of lounging yourself in the sun with a nice cocktail and thinking of fulfilling all the wishes that your heart has thought of. Also, you will be enrolling in the raffle draw to be one of the 5 winners of QR 50,000 to ensure you are not empty handed just in case you missed the biggest prizes.

Imagine! This year only, Al DANA has awarded so far QR 6,000,000 to 44 loyal Al DANA winners who have maintained a minimum monthly balance of QR 1000, while giving extra chances with every additional QR 1000 to ensure loyalty is reciprocated with a bucket of cash.

While experiencing the lifestyle of the millionaires, F. A. H. AL-SALMI the winner of the QR 1,000,000 in the 6th Al Dana draw which was conducted in July 2012 said: “I have discovered lately that with Al DANA, sometimes sequels can be better than the prize itself. When I won the money I was crazed with excitement thinking about what could a QR 1,000,000 buy me, but the magnitude was something that can never be bought or even planned which is the peace of mind and tranquility of securing the future of my family.”

On the occasion, Dr. R. Seetharaman- Doha Bank group CEO said: “Because we are a socially responsible bank, Al DANA is coaching your young children responsible money saving habits. In addition to the great monthly prizes comprising laptops and PlayStations, your kids might get the chance to win a trip to Mickey’s Wonder World- Disneyland this September. And for those of you who cherish education a school fees for five consecutive years, worth up to 125,000 QR still awaits one Lucky young Al Dana winner this year. “

“You can be the next millionaire with numerous valuable cash prizes to be won this year still. Invest now to be amongst the September winners.” Mr. Suresh Bajpai Head of Retail Banking at Doha Bank commented.